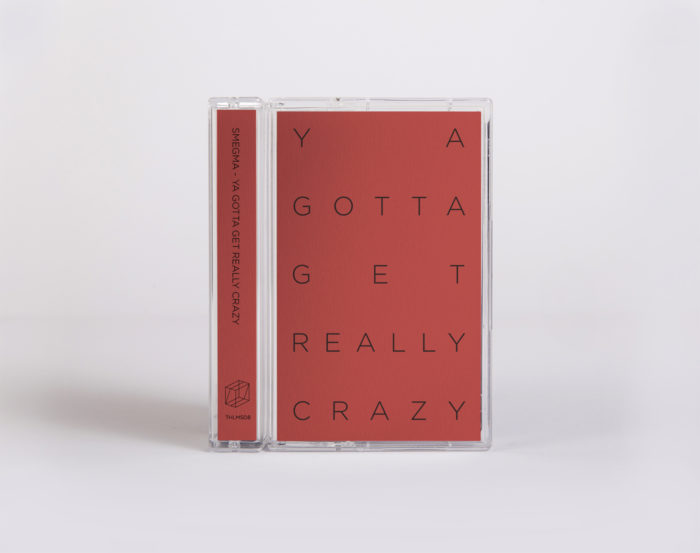 Part of the underground collective Los Angeles Free Music Society (LAFMS), the American iconic weirdos SMEGMA were formed in Pasadena, California in 1973 to reinvent improvisation with a DIY ethic, against the boring, conventional commercial-rock of the time.  This release gives the holder the opportunity to capture the development of their own “primitive suburban folk” approach and traditions of their existence. First side of this tape is featuring drunken chaos at a Party, then an inner mind Shamanistic free jazz jam recorded 1973+1975 in Pasadena. The other side, features an edit of a “live” performance on an outside stage at The Box, in downtown Los Angeles 2013 (part of a multi day L.A.F.M.S. festival ).